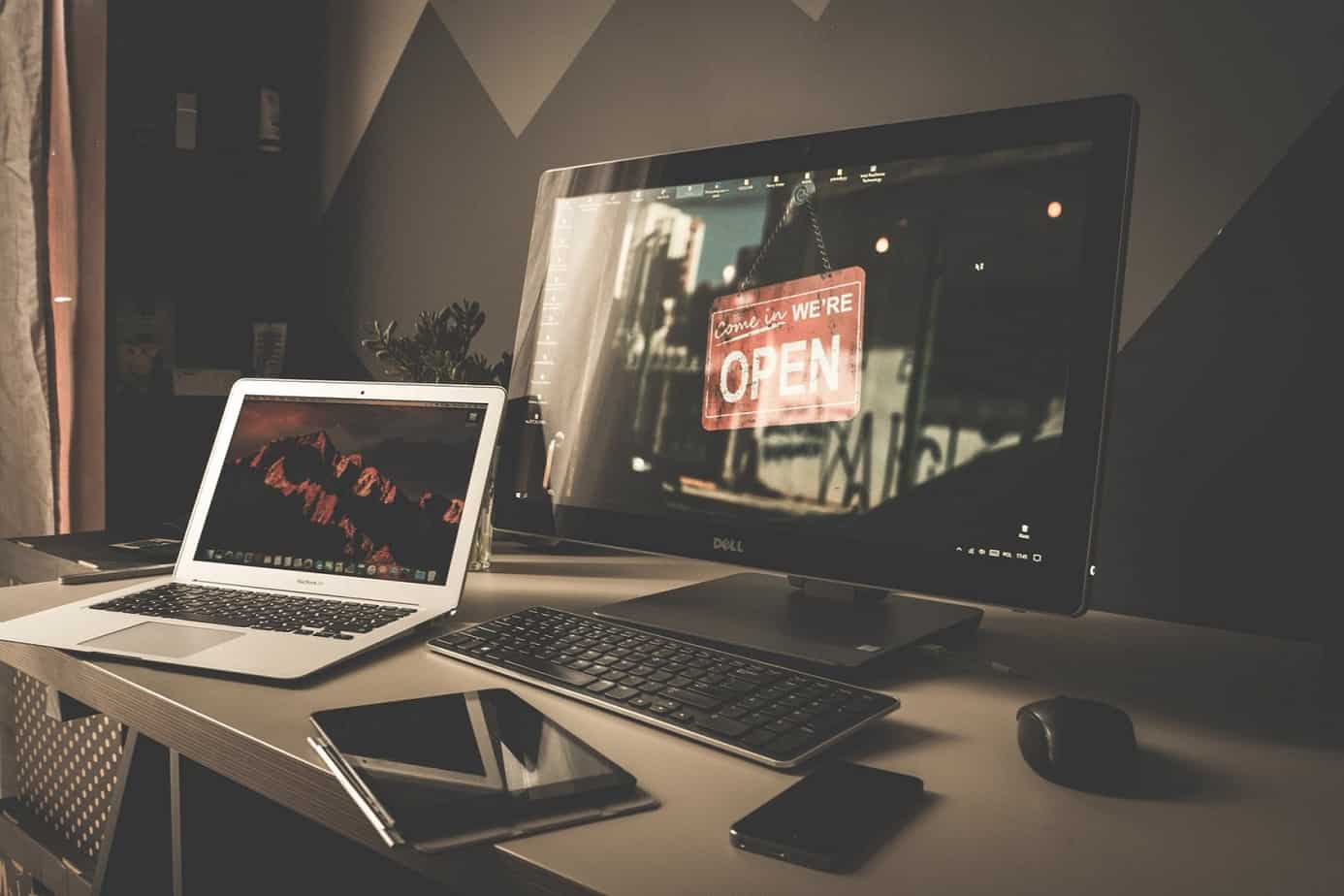 Upwork freelancer, alone, is a small cog but hived together with the other fellow freelancers around the globe (work from home jobs force), and small cog becomes a part of the machine, which turns the economy of the world.
The freelancer, of course, can be the one working for Flexjobs, Kelly Services, Rat Race Rebellion, or any other freelance jobs offering websites.

Freelancers Union and Upwork freelancer study from 2019 showed that work from home – freelancing income in the US, today is ahead of substantial industries like construction, transportation and warehousing, mining, and just barely behind information industries.

Work from home most relevant data

If we are to have a new look at work from home jobs or freelance jobs, we should first use some relevant data to get the right perspective on the issues at hand.

First, I’ll rewind a bit – to October 3, 2019. So, on that date, Upwork released a press release that slipped by mostly unnoticed.

Who are they? If you are on this page, I assume you already know, but if you don’t, here are a few lines on them.

Here is what Wikipedia said:

Freelancers Union is a fast-growing organization counting 490,000+ members representing the 56.7 million independent workers across the country.

And what did the Upwork freelancer research shown?

Freelancers aren’t just some afar utopian future. They are one of the pillars of the economy today!

The Facts behind Upwork freelancer

Here are some of the facts:

Furthermore, that’s only for America, and if you incorporate freelance jobs from the rest of the world, you can get a whole picture of how big the ‘work from home jobs’ industry has become.

So, that small cog I mentioned at the beginning, is grinding away a severe portion of it now.

The little engine that could.  It does not matter if you are a dedicated Upwork freelance worker or if you are freelancing at Freelancer, Rat Race Rebellion, Kelly Services, Flexjobs, Appen, Lionbridge, Amazon remote jobs, or any other freelance websites.

Even more, freelancers today all over the world are now a respectable part of something big, and the world is starting to acknowledge it.

“Freelancing is a respected, long-term career path. It’s remarkable to see this way of working empowering the youngest generation more than any prior generation and also to see the ways freelancing is opening up opportunities for inclusion in the workforce. Companies that want access to skilled professionals who are proactively training themselves and incredibly self-motivated should turn to independent professionals. The future of work is now, and they are leading the way.”

“The 2019 Freelancing in America report shows that freelancing has become a long-term career choice for an increasingly diverse group.”

Like any other new thing, at first, people pushed freelancing with a long stick. Do something Upwork freelancer they demanded.
And another poke – Amazon remote jobs are not worth it, and we don’t have to pay for it, freelancers are less worthy.

Now, it’s a slightly different story.
Some laws help, and some are mostly controversial. The industry is still at its infancy period, a toddler at best.

The good, the Bad, and the Ugly – freelance jobs

This groundbreaking law protecting freelancers from nonpayment was a victory for Freelancers Union members in New York City and served as a blueprint for other cities and states. Enacted in 2017, its provisions include:

The law is catching up

Certainly, that one is here to help out those who are working independently.

Recently I have read an article on USAToday, that showed a somewhat different position on new legislation.
Basically, it seems like not all of the new laws are concise enough to regulate the gig economy correctly.
Many new bills circulating in some states are mostly controversial. They claim they are here to stop the exploitation of freelance workers, only to raise worries among some freelancers who fear work opportunities may dry up.

As a result, freelancers have divided into two camps about these new bills.
Those who claim that new laws are needed to stop employers from evading tax laws and stop exploiting the people they hire.
And those who fear they will lose their gigs.

Growing pains of the gig economy, for sure.

Work from home has a bright future ahead

As a result, based on this information, and on the fact that legislation started to catch up, it’s a safe bet that freelancers have a bright future ahead.

The land is enormous, beautiful. Gold and new opportunities are there for the brave to take. Participants are still little rough on the edges, but the sheriff has it under control.

Those who come first will profit the most, as always.
I remember when Upwork was still Elance-oDesk, the time when Freelancer.com was starting, who taught that a decade later, they will net $1 billion in annual freelancer billings?
This is how once people talked about Apple or Microsoft. New times, new business opportunities.

Hence, you can have your traffic jams with according pollution increase, your 9-5 work, your dress code, your tedious every day the same job, and a crazy boss. I’ll have none of it! (Ok, maybe the boss still is crazy).

Have Rat Race Rebellion, Kelly Services, Flexjobs, Appen, Lionbridge, and Amazon remote jobs already made it on your best freelance websites list? Furthermore, are they the best work from home jobs got to offer?
Have they established themselves as leaders of the industry? So, are they household names yet?

If the answer is no, they will be soon.

You’ve all heard for the Amazon, and subsequently, Amazon jobs. But did you know there’s an Amazon Virtual Locations section?

Why do these places have such a strong impact? Why will their influence only grow in the years to come?

Do you want to join the freelancers? There’s a lot of work from home jobs that you will have to sift through.
It will probably take you a lot of time to do it, so I’ll supply you with a list of some of the best freelance websites today.

Some of the best freelance websites:

–why would you say that ‘Flexjobs’ or ‘Rat Race Rebellion’ is better than ‘Appen’?

I didn’t say that they are in random order.

-so, you think that ‘Kelly Services‘ or ‘Amazon’s remote jobs‘ are better than ‘indeed‘ or ‘weworkremotely’ who didn’t even make it on the list?

Nope, they are all good, and this is my opinion.

For clarity, I’ve only entered a shortlist of the best freelance websites here.

Remember, each of these websites is different. Furthermore, each has its strengths and its weaknesses.
So, what is in common with them all?
The fact that they have lots of jobs listed and many freelancers use them every day. Basically, they trust them and work/earn with them.

What’s next for a little Upwork freelancer?

A little cog, a lonely Upwork freelancer, showed you what can he do. Are you brave enough to follow his trail?

A rough estimation is that by 2027 more than half of Americans will be working from home as freelancers.
Recent unfortunate events, like the Corona pandemic, will only speed up this process.

There are negative sides to being a freelancer. In life, there’s rarely a black&white scenario.
Hence, there’s isolation, a problem with self-motivation, less work/home separation, interruptions, tax issues, the list goes on.
The biggest issue for me is the lack of face-to-face communication. And there’s no substitute for this during some activities, especially those more collaborative.

But, in my case at least, the benefits of being a freelancer are too good. So, more and more people will use them due to health concerns, a greener environment, or just because it’s simpler.

The next step in working evolution is here, and I have embraced it.

Maybe you’ll consider getting work from home jobs? If you don’t, you’re risking becoming a minority yourself.

Thank you for the read.

Please share if you liked it, and make sure to check out my Blog, or BEST FREELANCE WEBSITES section.

This website uses cookies to improve your experience while you navigate through the website. Out of these cookies, the cookies that are categorized as necessary are stored on your browser as they are essential for the working of basic functionalities of the website. We also use third-party cookies that help us analyze and understand how you use this website. These cookies will be stored in your browser only with your consent. You also have the option to opt-out of these cookies. But opting out of some of these cookies may have an effect on your browsing experience.
Necessary Always Enabled
Necessary cookies are absolutely essential for the website to function properly. This category only includes cookies that ensures basic functionalities and security features of the website. These cookies do not store any personal information.
Non-necessary
Any cookies that may not be particularly necessary for the website to function and is used specifically to collect user personal data via analytics, ads, other embedded contents are termed as non-necessary cookies. It is mandatory to procure user consent prior to running these cookies on your website.
SAVE & ACCEPT